About a year ago I wanted to buy a sewing machine, so I went to a store, looked at some sewing equipment, talked to sales people and quickly realized that there are a lot of different sewing machines out there and sales people know very little practical information. Nothing new about it, so I decided to go home and google it and read reviews.

But to my big surprise there was no useful information available. Sure there were some sites and even some reviews, but just two kinds - either reviews at web stores, and they say only great stuff as if anything they sell is outstanding, inexpensive and universally good for anyone. The other kind is user opinions, but they are mostly really useless because they are very limited in any information and judgmental, mostly stupid and often fake.

Katya need a project, so we decided to create a site that reviews sewing equipment, and sewreview.com project got started.


More than that, when we began working on it, we thought that building just one review site with all the cool features will be too limiting and we went ahead and built a whole review engine and user sewing equipment of the world review site as a first working model.

It turned out there are two kinds of review sites: one with reviews written by site's staff, and the other with reviews written by user. There is a huge difference between them, but very few people realize that. I studied the subject for a while and it turned out that initially there were only professional reviews, because before the web it was very hard to host user opinions. And those "professional" reviews very often biased because some manufacturers would bribe reviewers and thus they were not fair or honest and as a result people did not really trusted them. Then user opinions came, mostly pioneered by sites like amazon. And they were great, you could read what real users of the products thought.

As a result opinions reviews dominated the web scene. Also it was much easier to create a user opinion site, just selecting a theme, topic, good url and let users do all the work. In the beginning it worked great. But little by little the whole fairness of it broke because marketing and promotional services started to use herds of fake users with hundreds of virtual personalities and armies of them invaded all the forums, polluting them with "users" reviews, that were even worse that sales descriptions because they were very misleading.

And that is where we are now. Very few real review sites and many user's opinion sites filled with fake crap.
It can be fixed, people can create real reviews, and there is a demand for that, but there are many different software modules, products, services and entire sites that let you easily create a user's opinion review site and virtually nothing to create a professional, feature rich real review web site, and that is what we are building. It will be called vedoreview, I will let you know when it is ready for general public.

You can see how an early version works by visiting sewreview.com 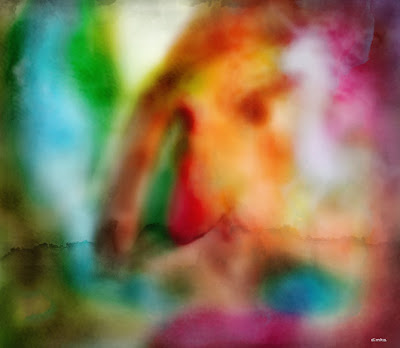 I am bloggoing since 90s, and my first blog was dimka daily, but at some point i got a livejournal and pretty fast that became pretty much my main blog. however it is all in russian, and even though I have a nice community and several hundred people have added me as a friend there, I feel I am missing out because it is only in russian.
So, I tried bloggspot and some other blogs and they all just not as good as livejournal.

Finally I decided to have two livejournals, one in russian and on in english, and thus here we go

also I have translated a couple of dozen recent entries, so it will not be a blank.
And I will try to write them in parallel in both languages.

a larger version of this photo

a month ago, I went to symbiosis gathering electronic music festival.

that was probably the best music festival I ever went to and a best possible compliment to burning man festival that I went to a bit earlier.
Posted by Dimka at 10/17/2007 03:30:00 PM No comments:

when people fall in love they suppose to be happy, but somehow I always find it to be a bumpy road. so in a way, I can be happy, but it is not that easy ah.

Too many thought is the name of this image.
And I was working on various stuff all night and as if I did not have to sleep I made this pis.

One of the images from Black Rock City

I made another image - it is called "Something broke between them"

it is funny, because we often have moments of clarity and when we have one it seems that is is going to change our life and it does, and yet we all the same.

people do not change, but they evolve - I realized it many years ago, it is soooo true.

you also can see a larger version here

I like to do many many different things.
One of them is drawing, recently I do it mostly in photoshop on my mac.

One of the themes I like is imaginary characters.
Most of the time I just make an image with one of them, but once in a while I make compositions with a few different ones.

Usually it takes me several hours to make an images, because I play a lot with different effects to get a desired look and feel of the image.

Few days ago I have finished one of my most time-consuming pictures.
I was working on it for more than a month, virtually every day, sometimes few hours a day. Never the less it does look simplistic in many ways.
The image is rather big, it has more than 100 layers in photoshop and the original is 3200 by 2000 pixels.

below you can see a small thumbnail that is 531 pixels wide.
The name of the picture - The Pointless End of the Cucumber.
This is somewhat a play on words (from one the dialogs in a Murakami's book)
that cukes have pointless ends, and that often death (the end) is so pointless too.

I display most of my images on my other (russian only) blog thedimka.livejournal.com
but you can view just the post with images using a filter казя мазя

I live in San Francisco now.
The list of countries I have been to (in random order)
Russia, USA, Canada, Ukraine, Belorussia, Georgia, Estonia, Latvia, Lithuania, Germany, Spain, France, Ireland, Switzerland, Netherlands, Thailand, Japan, Mexico - maybe I forgot something
Posted by Dimka at 12/28/2006 12:30:00 PM No comments:

All those new changes in my life

I have made new font, that would allow you to type russian both in Photoshop and in MS word.
The font called Verdimka. It is sans-serif ttf font. It looks similar to Verdana.
You can download it for free from my site
dimka.com/fonts/verdimka